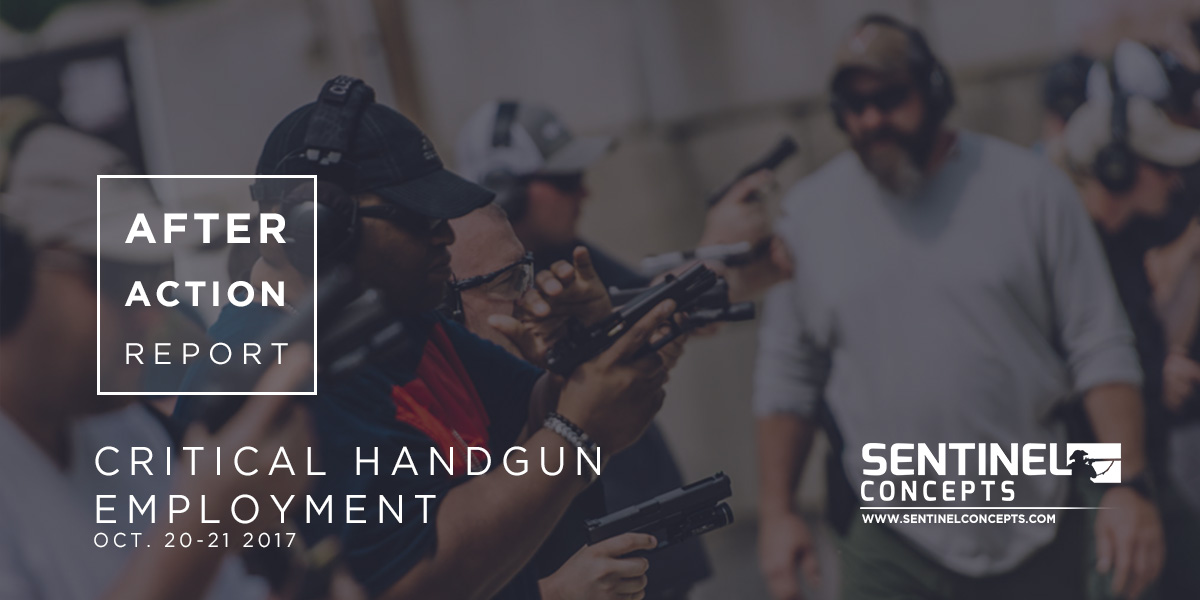 Background:
I have been a firearms instructor for 15 years and taken classes from many of the big name instructors in the tactical and competition world.

When I take a shooting class, it is as much to learn how to get better at shooting as it is about how to be a better teacher. I’m happy to report that Steve is an even better teacher than he is a shooter and he is a pretty damn good shooter. The class was well paced and kept all the students’ attention without making anyone “drink from a firehose.”

Your issue with trigger control is really an issue with grip:
Steve talked about and demonstrated that when pressing the trigger, the things we normally think of as trigger jerk or anticipation is actually a sympathetic contraction of the hand. The drill he had us shoot to drive the point home was shooting at 2” circles while only gripping the gun with our thumb and trigger finger. The students all shot tight groups in the center of the circle. The drill eliminates the bottom three fingers from the equation, thus eliminating their ability for them to throw the shot off. Steve’s solution for this issue is to grip the gun harder and focus pressure on the pinky finger of the firing hand.

Hold yourself to a higher standard:
It is easy to delude ourselves into believing because the average shooting happens at close range, our lack of ability to make fast accurate shots at distance is acceptable. Steve stresses shooting very strict standards at 25-50 yards. If you can make those shots, 7-10 yards becomes much easier. I consider myself a good shot and regularly shoot at 25-100 yards with a handgun. Steve’s standards shined a bright light on my inconsistency at these ranges, especially at speed. Since the class, I have been focused on shooting at distance under time standards and it has really improved my ability to make fast hits at distance. This came in handy when I had to make a 50 yard shot on two targets during a recent USPSA competition. It seemed almost natural and I was able to achieve solid hits.

Conclusion:
If you are a serious student of the gun, this class is worth your time. It was equally applicable to LE/Mil, CCW, and competition. You will find very few instructors as competent and dedicated.