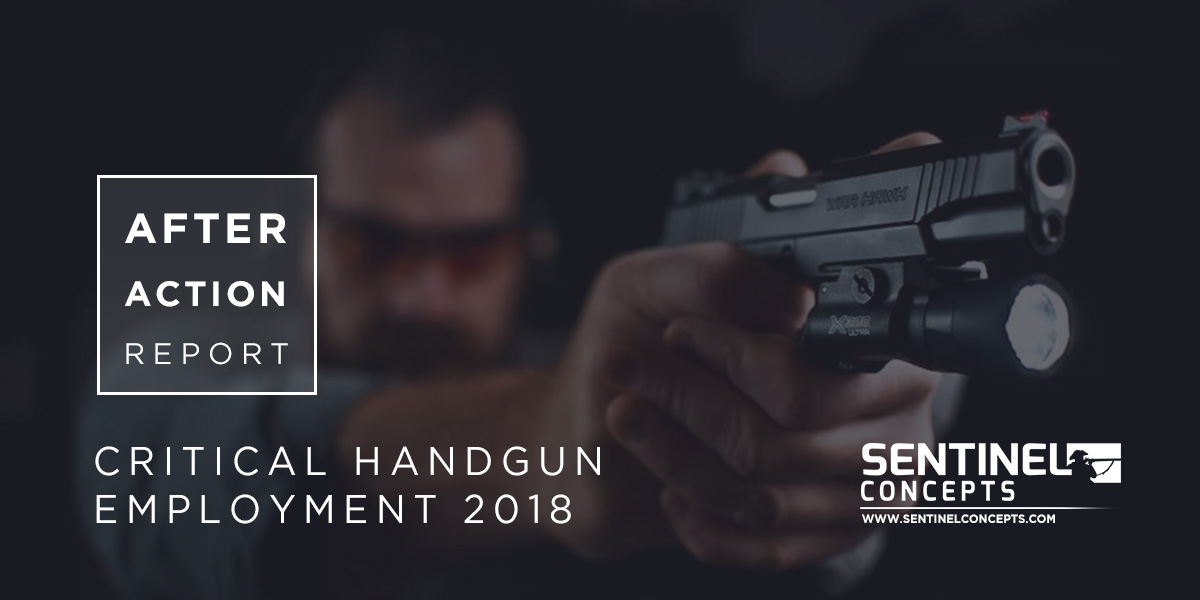 In March of 2016 I attended my first “proper” training class, Critical Handgun Employment, and delved much too far into the deep end much too quick. My AAR for the class was best summed up as “well that’s it, I suck.” with a laundry list of drills to run, skills to perfect, and repetitions to get in. March 2017 saw me again under the tutelage of Yeti, again for Critical Handgun. The new (reduced size) hit boxes, new drills, and this time more prepared dive into the deep end again left me walking away with new things to practice and perfect. In that year I’d grown considerably as a shooter, yet even with that growth Yeti made the class a fun and learning filled event.

Nearly two years later I’ve not managed to make it back into class with Yeti, yet the lessons he taught were critical in all training attended since I was last lucky enough to share a range with him. In Close Contact Handgun with Cecil Burch and Glen Stilson the strict adherence to accuracy standards had me taking headshots at all distances we shot without a hit to my speed compared to other students, and when using the full “-0” of an IDPA target it was easy to burn down targets knowing my fundamentals were in place and my skillset supported my pace. When moving to force on force evolutions in the same class the need for accuracy was hit home, as shooting moving targets while moving introduced a level of difficulty that made the 4.5”x7” boxes Yeti loved seem that much easier. In another close contact oriented class, this time with Blue 10 Defensive Applications, lessons learned on deconflicting muzzle orientation while managing threat and non-threat came into play. With the fear of flagging a friend coming flooding back from drills in Critical Handgun my muzzle dipped, bobbed, and weaved to avoid covering unknown and known non-threat. Even in non-gun oriented classes such as Sap and Small knife with Larry Lindenman and Cecil Burch the self awareness of capability came into play, as my management of distance was driven towards maintaining not just the distance I’d need to get the gun into play, but the distance I’d need to clear kydex and drop a round in the targets face. I knew I was capable of making the hit, and that to cover my deficiencies in other areas I needed to prioritize the distance needed to make that most effective of shots. That innate knowledge of what I was capable of was driven home by the targeted training and breakdown of my performance in “The Standards” pushed in CHE, and my drive to best them.

Writing this I’m struck by a quote from my second iteration of CHE, “Teach what you learned, not what you were taught.” as I’m not teaching, but living what I learned. In all ways where I am today as a student of applied violence is directly shaped by my exposure to Yeti, with his lessons carrying over across the board. The emotional control and focused approach to learning fundamentals has carried over into every single learning opportunity I’ve had since, and I know that it’s without a doubt the most important things I’ve learned in my efforts to be harder to kill.

Regardless of profession, skillset, or calling, time spent with Yeti will leave you a better person and that much harder to kill. For that reason I cannot thank him enough nor recommend Sentinel Concepts highly enough to anyone considering attending such training.